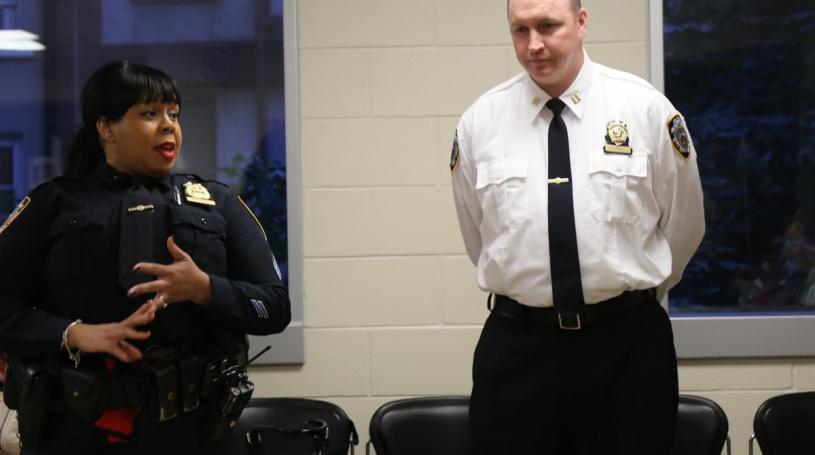 BY TEQUILA MINSKY | An open-house tour of the Ninth Precinct organized by the Greenwich Village-Chelsea Chamber of Commerce gave merchants a chance to meet their local police. After opening remarks by Maria Diaz, the chamber’s executive director, John L. O’Connell, the Ninth’s commander, introduced himself. He’s a third-generation police officer. His father is a retired N.Y.P.D. detective, his mother was one of the force’s first female cops, and his wife is a detective, too.

One of the main concerns voiced at the Oct. 17 tour was homeless people camping out, particularly on Crosby St. just north of Houston St. Others said they have seen individuals from nearby drug-treatment programs on the street taking drugs.

Two community affairs officers were also on hand, and there was a tour of the two holding cells — one for women, the other for men.